We are a team!
MENU - PARTNER AREA

In June, we  were sent out into the wild in 2 company cars. In convoy, we headed north to Walbeck Castle in Geldern.

Once there, we found a lot to discover. Among other things, an adjacent forest filled with various facilities for teambuilding exercises. The rooms were settled and shortly afterwards the seminar of the Wicke Akademie began. Our seminar leader, Mr Linke, eased the tense atmosphere in just a few minutes, as some trainees hardly knew each other due to the separate departments and buildings. Monday was filled with varied team games in the forest. The first exercise, "seesaw", broke the ice and we all literally got closer to each other. The special thing about these exercises was the structure. Each exercise had a planning phase in which everyone could have their say and express ideas. Then the "execution phase" began, in which the exercise was carried out with a time limit, and finally there was always a discussion or feedback round about positive, but also negative things. More exercises followed, which often went very well, but also some in which we exceeded the time limit, for example. But we always continued until all trainees reached the goal of the exercise. There were also exercises that were carried out with a blindfold, which demanded extreme trust in the respective colleague, as we could only reach the goal together.

But that was not all! Of course, the seminar also included a theoretical side. The team was also supposed to give presentations together. First among the trainees, but on the last day also in front of our commercial manager Max Fritsch and our human resources manager Fabian Mayer. In the theoretical part, we divided up teams independently and designed posters together. As soon as everyone had finished according to quite strict time guidelines, the presentations were carried out and one after the other we received feedback from the team. The seminar leader was also able to give the trainees further tips through his experience.

Of course, there was not only time for practical and theoretical exercises, but also for free time. This was used, for example, for a joint bicycle tour to a nearby lake. But that was only one of the highlights, because the castle had so many possibilities to spend one's free time that the time from Monday to Wednesday would never have been enough.

As an apprentice myself, I can say that this seminar definitely brought us, the FRITSCH apprentice team, closer together. The tasks and the shared free time, the shared laughter, planning and implementation showed us what we are capable of together. 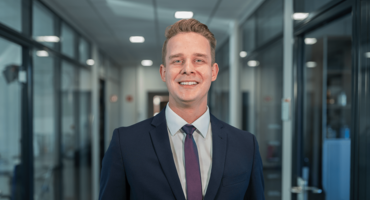